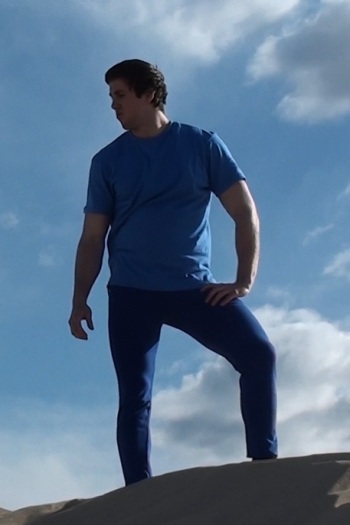 Tyson was always athletic throughout his childhood, excelling in athletics events such as sprinting and high jump. When he entered his teens he became interested in weight training that focused on bodybuilding. Along with bodybuilding he also was amazed at the high flyers of the wrestling entertainment world and sought to perform the flips and twists they executed from the top rope. This endeavor turned into a passion for tumbling that he enjoyed with some close friends and still does. Around the age of 17 he began to move away from aesthetic training and diverted his attention to more functional training; powerlifting. His interest in this form of strength training quickly grew to involve the Olympic lifts. At the age of 18 he noticed a friends formerly puny brother had gone through rapid strength gains. Tyson enquired as to the source of such rapid progressions and was introduced to the still rings. From there his interests have grown to appreciate functional strength training through compound movements involving barbell and body weight training.