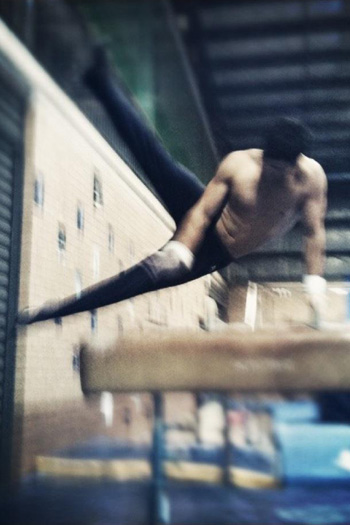 Press to handstand from any position

Luciano born in 1991, always admired the physical capabilities and absolute strength of gymnasts and circus folk. He was told that he was "too old" to start gymnastics, told he did not have a "basic foundation" to compete, however possessed the determination to prove those people wrong.

As his physical condition and fitness increased with age he began to become more and more interested and involved with gymnastic coaching and apparatus. Luciano is competing as an Open Level 6 gymnast this year and his long term goal is to compete in the NSW State Championship.