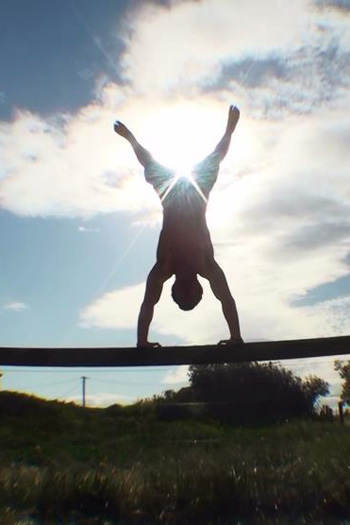 If you're ready to get excited then don't be, be inspired as the story of Kurt weighs down to this:

Born on the 22nd of November 1989 Kurt has always been an under achiever academically, physically he has always excelled. It was not until he reached the end of year 6 that Kurt realised he wasn't confident in the way he looked. To start off, Kurt experimented with skipping to achieve his goal of looking shaped and feeling good about himself. Weights weren't much of a hobby until he was teased about being too thin or too out of shape. It was after this that Kurt started doing what pretty much all did when starting weights; bicep curls, bench press (with terrible form), no legs and for the most part over trained until two years after finishing school.

Kurt was now 19 and not impressed with the results he achieved by investing in a gym membership. Having much respect for the physical world of fitness, Kurt started to learn more; nutrition, technique, all the movements in the book. He did so until he noticed his childhood bestie had started ring strength and bodyweight movements with a sensational young man named Lachlan Walker, both of whom are today an essential part of the Ring frat. Kurt wandered into the unknown world of ring strength and bodyweight training and realised this is where his genetics could do their best, this is where he wanted to be.

Kurt managed to acquire the iron cross after only 2 months of training, but became injured soon after from over training. From this experience he instructs anyone who reaches any move that is big for them to take it easy, get plenty of rest and listen to your body. Kurt is now 22 years old, no longer injured and is a part of the Ring frat. With great power comes great responsibility and at the end of the day only you can decide where you are going to be...