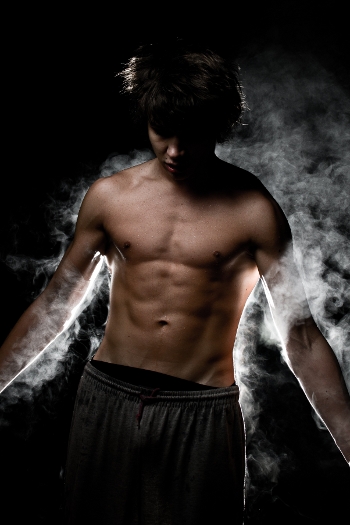 Falcon, born in '94, spent most of his childhood without physical activity and eating junk food. When he was about 13, he tried Parkour with a local crew, but quit soon after because of his lack of motivation. At 15, entering high school, he decided to take Parkour classes with some people he knew in a small local gym, purely for the purpose of avoiding study.

He spent the first several months learning a front somersault with many kids in the gym being better than him. After working hard and enduring hundreds of crashes onto the mats, his front somersault started to progress. Feeling happy with his progress he tried to learn what seemed impossible – the back somersault. Working hard, he quickly started to improve, surpassing other talented kids in the gym and becoming one of the best.

It was early 2011 when Falcon became disgusted by his lack of strength and weak physique. He installed rings in his room in order to strengthen his body. His health and strength were terrible at this time, he couldn't even chin-up.

After spending countless hours studying strength training and nutrition, Falcon totally changed his diet and exercise habits, never looking back. Currently he has an ambition to enter competitive gymnastics after finishing high school.