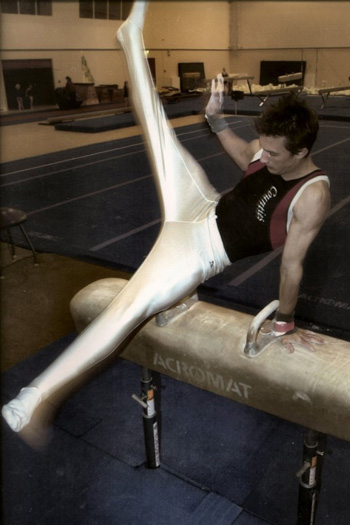 Charl was introduced to gymnastics at school in New Zealand at the age of 10. After discovering how much he enjoyed it he joined the local gymnastics club, enrolling in the recreational classes. From here he progressed into the junior levels group and since then gymnastics became his life. During his competitive career he was able to achieve the award of New Zealand Level 7 national Champion as well as well as attain several apparatus titles in different levels throughout the years. His strongest performances were always on floor and vault. Ten years ago he stopped competing and since then he has been doing gymnastics to maintain strength, fitness and flexibility. Only in the past two years has he started to focus on improving his skills with the aim of performing routines more difficult than when he was competing 10 years ago. Charl hopes to be doing gymnastics through his entire life.